A short history of the SAC

The Club was founded on 1st March 1890, in the back-room of the "Le Copernic" bar at the corner of Avenue Kléber and the rue Copernic. This bar still exists, as does the back room. In its early days, the Club was simply a loose association of young Britons who wanted to play sport together but gradually grew to a size where playing fields were rented in 1906 at the Val d'Or in Suresnes.

In 1922, the historic decision to ensure a permanent home for the Club led to the purchase of our present grounds. It took several years to finance the construction of a magnificent clubhouse, which was finally completed in 1933. During the war, the Club was taken over and used as a radar jamming station. Just prior to the liberation in 1944, the entire top storey was blown-up. The sturdy pre-war construction ensured however that the base remained intact, and the present clubhouse was rebuilt on top of the surviving ground floor in two phases. The first, 'temporary' structure, built hastily after the war by the Royal Engineers, was moved to the far side of the grounds and still serves as the cricket pavilion, while the new structure was completed in 1956. It was inaugurated in 1957 by Her Majesty Queen Elizabeth II. Later, in 1972, Her Majesty and Prince Philip, while on an official visit to France, again came to the SAC to inaugurate an extension to the Clubhouse on the 16th of May. 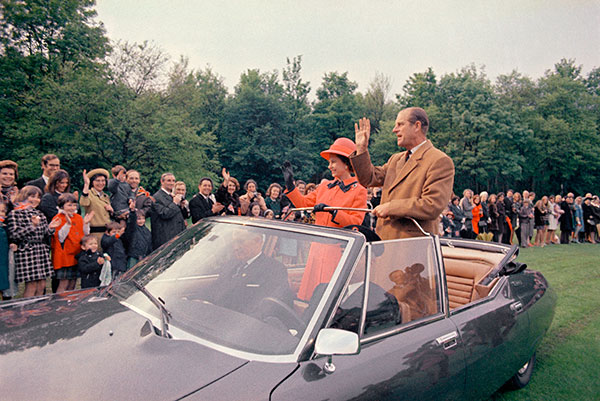 The Club has an illustrious sporting past. We won the first ever Football Championship of France in 1894, and we supplied most of the French team that played the only cricket match ever to be held in an Olympiad, at the Paris 1900 Olympic Games. Up to the war, the main sporting activities were football, tennis, hockey and cricket.

SAC hockey teams played in the national First Division. The swimming pool was opened in 1962, the golf section made its debut in 1979 and the first squash court was built in 1976. A Standard Athletic Club member (Jeremy Payne) was the first squash champion of France.

A complete history book of the Club and its sporting achievements is available for sale from the Club Secretary.